I’ve been following with interest your disgust and indignation at the exploits of one Frankie Boyle and his recent joke in reference to your disabled son. 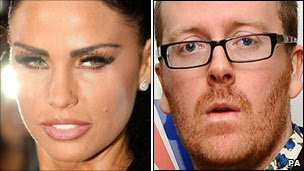 When an individual discloses every minute detail of her private life to the tabloid press for slavish consumption, that person cannot then pick and choose which areas of said life are off-limits, exempt from conjecture or immune to criticism.

You’ve shifted the direction of the argument, incidentally – you were very much the target of the gag. Your son, unfortunately for him, is mere collateral damage from the fallout of your tawdry ongoing exploits. Let us, then, not have a debate about what comedy is, isn’t, should or shouldn’t be. Let us not niggle over what people are, or are not, allowed to say on television. Comedy is the world’s one truly, purely, gloriously nihilistic art-form, and thus should be afforded the liberty of answering to no-one.

Let us consider instead the following questions, which perhaps ought to be asked but will no doubt go unvoiced yet again in the renowned hotbed of intellectual discussion that is the Price household. Might this make you stop to consider the circumstances under which this episode occurred? Might you question the appropriateness of whoring every sordid aspect of one’s personal life for exorbitant sums of money? Might this make you reconsider the validity, appropriateness and suitability of your life’s “work”? 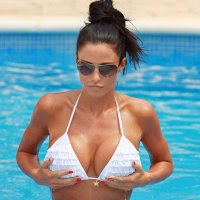 If you can’t stand the heat, do not seek the rampant glare of publicity at every turn. I’m just in favour of responsible parenting.

PS – To the lady who went to see Frankie Boyle in concert and then had the audacity to complain that she found something he said offensive: you are a knucklehead of the most fist-pounding, wail-in-the-night, despair-inducing kind.
Posted by Davis McLelland at 09:56 No comments: