Please accept the following points as evidence for the official instatement of WarGames as THE GREATEST FILM EVER MADE. 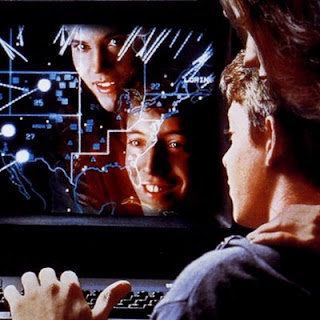 1) Ferris Bueller breaks into the US defence mainframe using little more than a tarted-up Amstrad with a floppy-disk drive the size of a turntable. Said system does, of course, apparently lack the foresight to include a firewall. Although...

2) A pre-Breakfast Club Ally Sheedy's in it, and she's brilliant. This is before Short Circuit, obviously, when she became rubbish.

4) Single-handedly responsible for teaching an entire generation the meaning of the term 'Defcon'.

6) Made in a more innocent time when they apparently let tourist groups wander freely around the control-room of NORAD.

7) John Spencer gets all huffed-up and sweaty at the beginning by doing the right thing and refusing to obey Mr Blonde's order to "turn your key, sir". Well of course he does - he's Leo fucking McGarry!

8) The bit where McKittrick's assistant inexplicably wolfs down his chewing gum after he gobs it out in her hand.

I think you will agree that the case is fairly air-tight. Defence rests.

Regards,
Davis.
Posted by Davis McLelland at 15:36 No comments: