Thanks for giving us a heads-up on the acts we're going to be ritually bombarded with over the next 12 months like that Heaven-sent onslaught of frogs in Magnolia. I see that Radio 1 have already put plans in motion to have us all plotting the nasty demise of White Lies. 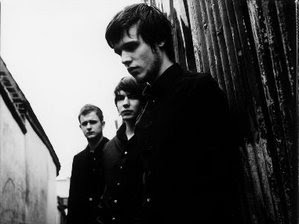 While it's heartening that the poll now seems to have have assumed 'Ronseal Status' of giving each act their clearly-defined one year of fame, one thing's still nagging at me: given that virtually every band in this year's shortlist seems to be some kind of insipid 80s throwback, why is it that for the past half-decade these so-called "sounds of the future" have consistently set music back about 20 years? 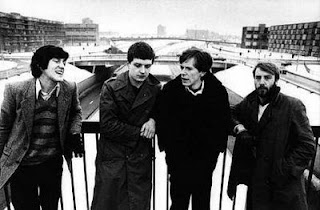 Let's dance to Joy Division (again), and apparently fail to recognise the irony. Mind you, I suppose that's what you get when you give Jo Whiley a pen and ask her to write something meaningful.

Resistant regards,
Davis.
Posted by Davis McLelland at 04:53 No comments:

Do you think it might be possible to go just one week without wanking on about The Smiths circa '86 while slagging off Scouting For Girls and lamenting the onslaught of "landfill indie", you smug shit? 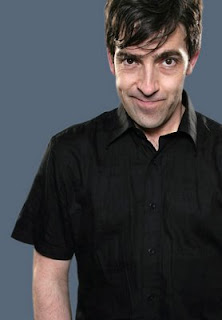 FYI, slagging off landfill indie (well done on coming up with that, by the way - God will reward you in heaven) is fast becoming the new landfill indie. What you and your fellow high-minded broadsheet cronies seemingly fail to recognise is that your continual ejaculation over hip new electro-pop acts with not a shred of original thought between them is just as tiring as the onslaught of uninspired guitar bands you profess so vehemently to loathe. After a few months of having Lady Gaga and Little Boots rammed down our throats at every possible instance we're all going to be just as sick of them, though I'm sure you and Peter Robinson will be ready and waiting with a few ideas on who the next big rush is. If we're lucky, we might even get a few pithy reminiscences about what indie used to be like back in the day, perhaps using The Smiths as an example.

The problem you piss-witted cunts have is that very rarely do you seem to look beyond what's immediately in front of you on the periphery of the mainstream for proof that decent music is alive and kicking. Sorry, forgive me. I sometimes forget that you're the unimpeachable arbiters of what is or isn't defined as indie cred. You were there in '86, after all.

Just so you know, your film column in the Radio Times is about as insightful as a Late Review guest-spot from Paris Hilton, and I highly suspect that having some buffoon shell out for your memoirs was the turning-point in your slow descent into lazy self-parody. Gone are the glory days of Collins and Maconie's Hit Parade and those brilliantly absurd features in Empire magazine. You're a broken fucking record who's unceremoniously lost it. If you come across a credible publication that doesn't let you write for them, please let me know - in the meantime, I'm cancelling my subscription to The Word because of you.

PS - You'd find that The Wombats are actually quite clever if you pulled your head out of your arse for long enough to actually listen to them.