It’s been a while since anything was able to rouse me from my bile-induced coma, but spring has awakened and I finally feel the urge to flex those raging muscles once again. With that in mind, I have this to contribute to the ongoing cultural discussion you seem to have taken it upon yourself to mount.

Fuck you, Record Store Day. Fuck you. I say this as respectfully as possible given the nobility of your intentions (as in “Nice one, but fuck you”) - but I’m afraid I’m ultimately going to have to side with Paul Weller on this one (and there’s a phrase I never thought I’d find myself using).

I know, I know - I’ve only got myself to blame. I took that willing first hit of vinyl, mainlining it straight into the jugular and ensuring that I can now never go cold turkey again. You dangled the sparkly orange carrot; I simply followed it. Now, clearly, your initiative is all Bonzer Funtimes for record stores themselves, and I can’t knock that - at least not in principle. Let’s face it, the poor cunts over at , Bognor [fictional locale for comedic and/or illustrative purposes - may not exist] have a hard enough time getting short-changed by loss-leading supermarket chains and the ongoing antics of the gimme-that-now download generation, and probably deserve their occasional day in the sun. But I’ve just blindly purchased one £67 TAANG! box-set too many, and think that officially entitles me to Have My Say.

Do you know what the worst part of all this is, Record Store Day? I ALREADY SHOP IN FUCKING RECORD STORES!!! Me! I am that person! So an extra ‘fuck you’ for exhausting my goodwill in willingly paying a couple of quid extra for those regular purchases if it helps to keep the local indie store afloat or in some way neuter the rampaging Amazon beast. I am, like virtually every other sucker who seems to fall for this cocking ruse year after year, the VERY INDIVIDUAL who constitutes your own innate, built-in demographic! In fact, given the proliferation of middle-aged blokes in macs and/or flat-caps (of which I am clearly destined to become one in the coming years - watch this space), long-suffering wives packing absent husbands’ wishlists and slanty-haircutted indie kids who constitute the queuing populace of these annual shindigs, I don’t for one second buy this idea that your initiative in some way helps to expand or democratise the space. Still, I suppose that’s at least one thing I don’t end up buying on the day.

As for One Direction releasing a 7-inch single this year (at a fucking TENNER, no less!) - since when in fuckity fuck has SIMON-BASTARD-COWELL exhibited any degree of civic-mindedness when it comes to independent production, exhibition and distribution? In fact, since when does any One Direction fan OWN A BLOODY TURNTABLE, OR IS LIKELY TO CHANGE THEIR ENTIRE CONSUMPTION HABITS BASED ON THIS ONE ITEM, WHICH IS NOT (AND NEVER WILL BE) AVAILABLE SOLELY ON ITS ONE GIVEN FORMAT? While I’m at it, what 14-year-old Green Day fan gets enough pocket money to be able to shell out £29 for a set of unreleased demos on clear vinyl? (For the sake of fairness, I feel compelled to add at this juncture that these admittedly did kick seven shades of shite out of the versions on Uno, Dos, Tre!)

So, again - in case you’ve failed to grasp the gist thus far - fuck you, Record Store Day. Fuck you for your wobbling, random distribution policy and the fact that there’s no consistency in release numbers or pressings, no fairness or logic in stock allocation, no guarantee that the title you’re looking for will even be available at your local store REGARDLESS of who gets there first, and (despite a speculative one-per-customer approach on individual titles - when it’s adhered to...) no limit on the total number of items a given individual can take home, meaning that it so easily becomes a free-for-all for net-savvy touts with the nouse to get down early to the front of the queue. It was fairly obvious to me that several of the first few people in line at both my local indies last Saturday were simply loading up their bags with the most potentially profitable goodies, barely able to conceal their intention of going straight home and bazzing them up on eBay (“We've got all the good stuff - there's nothing left for you”, sneered two particularly objectionable twonks while the rest of us stood shivering outside for another 90 minutes waiting to get into the supposedly hallowed space we call our spiritual refuge. Cheers, you... CUNTS!)

Yes, Record Store Day, with Harry Styles getting his face pressed on a slab of wax, consider this the year when you finally jumped the shark - and fuck you for dragging us along for the ride, leaving us all mugging pitifully on the sidelines like a hapless Ralph Malph hoping to bag the overspill of Fonzie’s totty. Yes, Record Store Day, you were a great idea in theory, but like Josef Goebbels stricken by a hobbling case of elephantitis, the entire thing has now got way too big for its boots and become little more than a colossal cash-grab (again, great for the stores, but not for those who ultimately end up sniffing the shitty end of the stick: that age-old schnook, the purchasing music fan.) Rather than liberate the medium, you’ve simply become the latest extension of that god-forsaken ‘Deluxe Edition’ of a new album - the new means by which the industry gleefully sticks it to the very people whose custom they should be actively courting (“What’s that? I bought this in the week of its release, and now I’m able to get double the content for the exact same price three months later? WHOOPAH!!!”)

Fuck you, Record Store Day - but don’t think I can’t be vaguely constructive while dishing out said fucking. If you and your willing coterie of cohorts REALLY want to make a difference in the long-run, perhaps you ought to consider roping in labels to release titles exclusively to independent stores across a much broader time-frame and in much bigger quantities, rather than forcing everyone to jam themselves in for one day on the promise of a flimsy ‘prestige’ which serves solely to jack prices up to beyond-exorbitant levels. While you’re at it, sort out your ridiculous stock-allocation lottery. If labels and stores don’t know how many will sell, why not instigate the ability for individual customers to pre-order and then press on demand? And don’t give me any more of that ‘supply and demand’ cobblers - I’m through with taking it in the arse from the music industry, and suggest that it’s time for a major rethink on your part. Until this happens, I’m going to put this in terms you’ll hopefully understand by borrowing the lexicon of speculative capitalism from Dragon’s Den: I’M OUT. (Do you get Dragon’s Den over there in the States?)

...AND THIS IS COMING FROM SOMEONE WHO MANAGED TO GET HOLD OF ALL-BUT-ONE OF THE BASTARD TITLES THEY WERE AFTER!

So, er... what was it I was driving at? Ah, yes. Fuck you, Record Store Day. Above all else, FUCK YOU for turning me into one of those utter fucking idiots who queues outside a fucking shop at 7am to get their hands on some jumped-up piece of superfluous tat.

That all said, I did well enjoy the Parquet Courts single.

I present, for your consideration, today's main News and Entertainment headlines from the BBC News homepage. 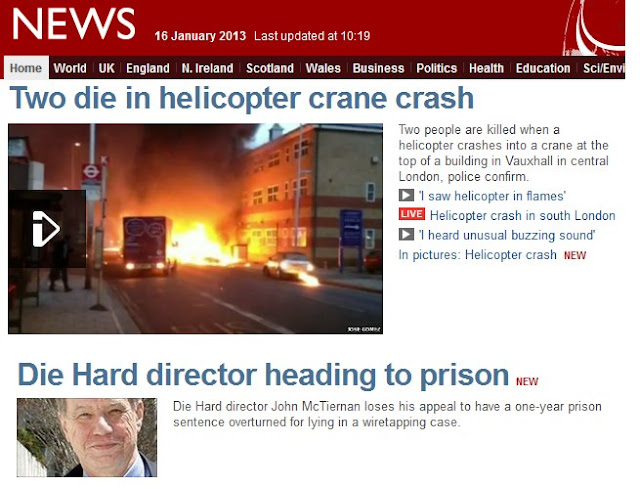 ...Coincidence? I think not.

Regards,
Davis.
Posted by Davis McLelland at 11:41 No comments:

- it's the comforting thought that there is another. 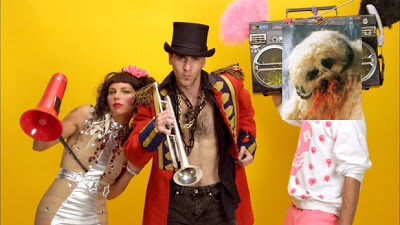 Posted by Davis McLelland at 11:22 No comments:

Well, a MERRY FUCKING CHRISTMAS to you too, you miserable cunt!

- Seriously, aren't there other slightly more trifling matters you should be concerning yourself with today?

Peace on earth, and goodwill towards all men... unless, of course, they happen to like other men. Jesus would be utterly ashamed of you (well, I imagine he would be if he hadn't been dead for centuries, anyway).

What an absolute, 24-carat, grade-A megabastard.


I've come up with an absolute belter of a game you can all play at home, entitled Punctuate The News. The concept is simple: take an existing news headline, and - without adding or removing any words - change the punctuation so that it completely recontextualises the story.

I'll start with this zinger, which is perhaps unfortunate since it may prove hard to top:

Posted by Davis McLelland at 11:56 No comments:

It might be too soon to call at this stage, but I think I may have just solved two of music's longest-running mysteries. 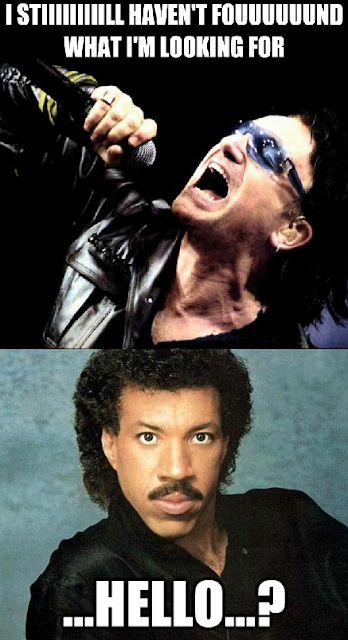 Congratulations on bagging your tickets to next year's prestigious event! Advance registrations have sold out in record time once again, and it looks set to be an absolute fucking banga. 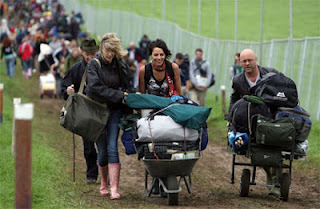 Just FYI, I've received an advance leak of the line-up ahead of its announcement, and can confirm that they haven't skimped on it in the slightest - truly, 2013 is shaping up to be the festy experience to end them all. It runs as follows:

Look, we're all in it together.

Take it up with your local MP, the Eavises are very busy people.